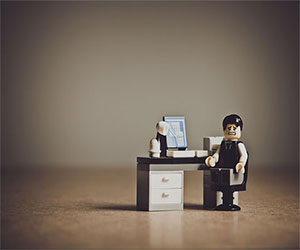 In the relatively short time since the enactment of the Employee Retirement Income Security Act (ERISA) in 1974 and the Tax Revenue Act of 1978, the traditional 401(k) plans have been the a source of great scrutiny and the subject of extensive study. Essentially discovered by accident and created as a by-product of the Tax Revenue Act of 1978, 401(k) plans seem to be in a perpetual state of growing pains. The only problem with that is that 401(k) plans are almost 50 years old, exactly when are they going to grow up?

Plan sponsors routinely deal with a multitude of issues including: plan participation levels, deferral amounts, investment choices, fees and a litany of other major administrative concerns (not to mention a tidal wave of class-action lawsuits). If 401(k) plans were addressing the needs of retirees efficiently, there would be no need for this discussion. The fact of the matter is, after 50 years, 401(k) plans are falling short of the mark; too many Americans are simply not ready for retirement.

Morningstar Columnist, John Rekenthaler argues that 401(k) plans have simply been left to their own devices (relatively untouched by government interference) for too long and have reached a sort of arrested development point where fundamental changes are needed.

Rekenthaler identifies three issues that are causing stagnation in the 401(k) industry that can only be overcome by changing regulations he argues.

Why Retirement Plan Auto Portability is Important to Every Plan Sponsor

The typical plan sponsor is slowly dying a death of a thousand cuts as each administration adds to its responsibilities in a futile attempt to force an unlikely outcome. This is especially unfair to plan sponsors and highly ineffective for employees considering the average employee will change jobs 7 times in their lives.

The Employee Benefit Research Institute (EBRI) estimates that if Americans were able to effortlessly, automatically roll their 401(k) balance over to a new employer every time they switch jobs, they would have an additional $2 trillion in retirement savings by age 65. And while market participants such as The Retirement Clearinghouse attempt to address the issue of 401(k) plan portability (and do it with incredible efficiency), their influence and penetration only begins to scratch the surface of the portability issue.

However, based on the model put forth by the Retirement Clearing House, the creation of a public/private initiative whereby employees could gain universal access to and choose among qualified 401(k) plan providers, with regionally authorized plan advisors, designated record keepers, where plan sponsors merely facilitate the administration of employee accounts, would break the stagnation of the past decade and lead to better outcomes. This also would- by default -provide a platform for auto portability as accounts would not be tied to the employer, but to the provider/record keeper and the employee.

Decoupling defined contribution plans from plan sponsors is a concept, like healthcare, whose time has come. But as Morningstar’s Rekenthaler laments, does Washington have the will?

Follow me
Latest posts by Timothy Kelly (see all)
2017-05-08
+Timothy Kelly
Previous: Avino Silver & Gold Mines Provides Update on its Avino Property
Next: EUR/USD clearly sells the fact, but this may be temporary