What are the benefits to the Roth 401(k) versus traditional 401(k)? Some suggest that it is a great deal for younger workers. The truth is, if at all, the benefit will be different for everyone and it’s a bit of a gamble.

The Roth 401k is a product of a Bush Administration legislation package, authorized by Congress under the Internal Revenue Code, section 402(A). It is a provision of the Economic Growth and Tax Relief Reconciliation Act of 2001. The Roth 401(k) is a type of retirement plan that is a combination of a Roth IRA and a traditional 401(k). Since January 1, 2006 employers have been authorized to allow employees to elect Roth-type treatment for their retirement contributions. It is also available to other plans such as 403(b).

The Roth 401(k) can make sense for younger career professionals who are in a lower tax bracket at the beginning of their careers, earning less money according to a report by US News. In a traditional 401(k) retirement plan, the idea is to defer taxes on contributions and capital growth until retirement when income tends to be lowest. Prevailing wisdom suggests that the accumulation of contributions and capital appreciation tax-deferred would result in the largest accumulation of capital.

So why would anyone choose a Roth 401(k) instead of a traditional 401(k)? That answer cannot be determined without first looking into your personal crystal ball and making a decision about your future tax scenario. Employing a Roth 401(k) will benefit an individual who anticipates being in a higher a higher tax in retirement than they are while contributing to their Roth 401(k). There are comparison calculators (Roth 401(k) versus Traditional 401(k)) available to participants and to Plan Sponsors that can help individuals choose one versus the other.

So which is better choice in Roth 401(k) Versus Traditional 401(k)? A Roth 401(k) is better if you are in a lower tax bracket while making contribution than you are when taking distributions in retirement.

Follow me
Latest posts by Timothy Kelly (see all)
2017-05-01
+Timothy Kelly
Previous: What’s the Best Way to Find a 401k Advisor for Your Company Plan?
Next: With Respect To Gold, Silver And The Dollar… 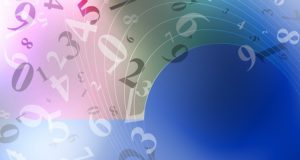