Third Party Administrator (TPA) vs Bundled Service: What is the Right Choice?

In making the case for retirement plan sponsors to choose a Third Party Administrator (TPA) vs Bundled service from a provider in a whitepaper entitled: Superior Administration: Why Quality TPAs Outperform Bundled, authors Jason Brown and Jason R. Oesterlei make some sweeping statements.

Year-end compliance work accuracy is of utmost importance and is highly dependent on the correctness of the data involved. The process entails a plan sponsor providing the participant data that are used to perform all the necessary compliance testing and government reporting. However, the devil is in the details in regard to verifying the accuracy of the information. Often, bundled administration departments work under the auspice that the census data provided is accurate and processes the compliance testing without formal review. If the census data is inaccurate, the compliance testing would also be incorrect, which creates the potential situation of “garbage in, garbage out” for the plan testing and reporting results.

While it may be presumptuous to assume that bundled service providers do not fact-check underlying details (I have trouble accepting this at face value), the authors do provide a few basic points that favor the unbundled solution. One of the more compelling arguments is the point of separation of roles and responsibilities and change management.

There are numerous advantages in working with a TPA that go significantly above and beyond just looking at a spreadsheet. Furthermore, this best-in-class approach of “unbundling” allows for the selection of the best component providers of recordkeeping, administration and advisory services. If one part of the whole happens not to work, you can replace the piece without having to start over. Well-run businesses appreciate the ability to be nimble in selecting service providers.

Choosing service providers is a major undertaking for a plan sponsor. In choosing between a Third Party Administrator (TPA) vs Bundled service, the sponsor should seek to define their own style and resources. Managing service providers is part of a plan sponsor fiduciary role in most cases. If you have the will and resources to manage multiple vendors, than that is an option. If not, it’s advisable that you choose accordingly. Unfortunately there is no one-size-fits-all solution for plan management to date. 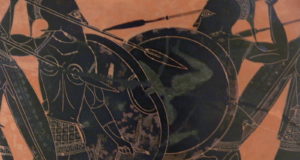