Why Retirement Plan Auto Portability is Important to Every Plan Sponsor 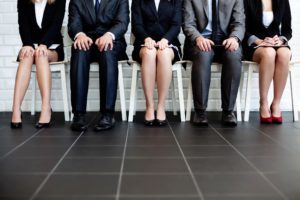 The Employee Benefit Research Institute (EBRI) estimates that if Americans were able to effortlessly, automatically roll their 401(k) balance over to a new employer every time they switch jobs, they would have an additional $2 trillion in retirement savings by age 65. The total value of American’s retirement savings is approximately $14 Trillion. This is a massive sum of money and it has prompted a movement among public and private groups to address this issue.

Considering that roughly 50% of American workers do not participate in a company-sponsored retirement plan (either by choice or because it’s not offered by the employer), this makes the $2 Trillion transition loss even more profound.

Why is portability an issue?

While portability may seem like a larger problem outside of the control or influence of individual plan sponsor, all companies will experience a significant employee turnover based on the figures above. So the issue of auto portability has a very direct and profound effect on a sponsor’s ability to help employees reach optimum outcomes for retirement.

“Auto portability is needed now more than ever to help tens of millions of hardworking Americans improve their retirement readiness,” says Spencer Williams, president and CEO of Retirement Clearinghouse. Mr. Williams is an occasional contributor to 401kTV and is a participant in the video below.

Follow me
Latest posts by Timothy Kelly (see all)
2017-05-03
+Timothy Kelly
Previous: A Plan Sponsor’s Guide to the 401k Advisor and Provider Market
Next: Why Health Savings Accounts Are Among the Best Ways to Save for Retirement

Advisers in conversation: This father-son duo predicts a shift to healthcare consumerism