Can you outlive your 401k? According to a White Paper study released by the World Economic Forum (WEF), “We’ll Live to 100 – How Can We Afford It?” the answer is a definitive NO! To use a popular idiomatic expression from New England, “you can’t get there from here”. To put it bluntly, there is a crisis of epic proportions looming on the retirement horizon.

Even considering contributions from government programs such as Social Security, the overwhelming majority of US citizens will outlive retirement savings, many within a decade into a 30-year retirement.

Since the middle of the last century, life expectancy has been increasing rapidly, this is not new news. On average, it has been increasing by one year; every five years (see Figure 1). Babies born today in 2017 can expect to live to over 103, or in other words, they will live to see the year 2117. That could mean almost 40 years of retirement. 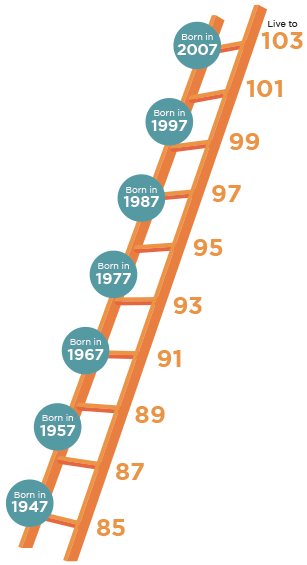 Over the past three decades in the US there has been a tectonic shift from defined benefit plans (or the traditional pension) to defined contribution plans such as 401k, IRA and Keogh plans. This shift has placed the burden of savings and investment selection to an unprepared and undisciplined public. And in 50% of cases, workers do not have access to any company-sponsored retirement plan at all.

From the public and private defined benefit pension sector, the number of underfunded pensions has reached historically high levels, presaging a massive shortfall in payments to retirees. Estimates of pension funding shortfalls are as high as $5 Trillion according to Forbes.

Jump to the study from the Economic policy institute, which says that the mean retirement savings from all working families (workers age 32-61 years old) is $95,776. Assuming a retirement age of 67, which means that most retirees will need over 30 years of savings from which to draw from, that equates to $3192.53 per year available for retirement or $266.04 per month. Yikes.

Unfortunately, that is not the worst part, according to the report:

“But that number doesn’t tell the whole story. Since so many families have zero savings and since super-savers can pull up the average, the median savings, or those at the 50th percentile, may be a better gauge. The median for all working-age families in the U.S. is just $5,000.”

Worldwide, the WEF projects that the retirement savings gap will reach $224 Trillion by the year 2050. The gap is widest in the US according to the report. By 2050, the gap in retirement requirements and saving are projected to reach $137 Trillion from the present $28 Trillion. 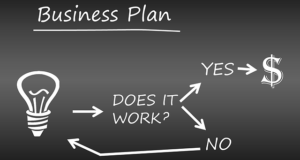