The positive shift in risk appetite toward the end of last week extended into this one, though activity was muted at the start of this Easter-shortened week. USD/JPY touched the highest since March 5 in early trading but settled back to hover around the 122.0 mark for the rest of the morning.

The strong rebound in China’s new loans in March reported on Friday and strong reports from the first few banks kicking off the reporting season are both helping to underpin risk appetite. The 55-day moving average on USD/JPY looks poised to cross above the 100-day moving average for the first time since January 10.

With US Trade Secretary Mnuchin issuing soothing words about the progress in the US-China trade negotiations, he’s now switching his focus to Japan as trade talks begin with that nation. Reports say that the talks will focus on goods initially, though Japan also wants service items to be included.

The first shots include Mnuchin calling for a currency clause to be included in any agreement, to which a former Japanese trade negotiator commented that it would not be fatal to Japan’s monetary policy. The first stage of the negotiations last through until tomorrow.

A slow start on the data front

There was not much in the way of data releases to upset the apple cart in Asia, and that trend looks to continue into Europe. There is nothing on the slate for either Germany of the Euro-zone and from Switzerland we only have March producer prices.

The US session features the NY Empire State manufacturing index for April and the Bank of Canada’s Business outlook survey. Speeches are due from The Bank of England’s Haskell and the Fed’s Evans.

The full MarketPulse data calendar can be viewed at https://www.marketpulse.com/economic-events/ 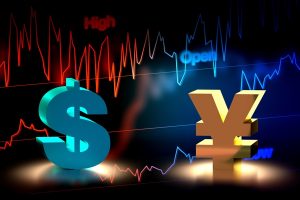