A Hollywood Story: Actor Daniel Pinder’s Rise in the Industry 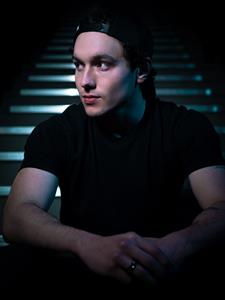 Chicago, United States, Aug. 05, 2020 (GLOBE NEWSWIRE) — Every success comes with a story. From entrepreneurs to artists to musicians to actors, there’s a journey that comes along with every rising talent or businessman. In the case of Daniel Pinder, his success came through his persistence and passion to grow his career.

At the start of Pinder’s journey, he was immediately faced with a hefty obstacle. Growing up in Fargo, North Dakota, there wasn’t a serious opportunity for an acting career insight. Having already realized his dream of acting in television or film, Pinder made a leap of faith and left Fargo to search the Midwest for his big break. After spending time working minor acting gigs in Minneapolis, Minnesota, Pinder eventually wound up in Chicago, Illinois, where he landed his first significant role.

Pinder landed a role in the first season of NBC’s hit drama Chicago PD, which would expose him to many other aspects of the acting industry. Later on, he was given the opportunity to go on set for the production of ‘We Are Your Friends’ with Zac Efron in order to help with the skateboarding in the film. After hard work pursuing roles and opportunities, Daniel slowly but surely climbed the ladder to land a series of massive roles in upcoming film projects.

Most notably, Pinder landed a leading role of “Kai” in Garrison 7: The Fallen alongside Game of Thrones actor Ian Beattie. The Garrison franchise holds the potential to be one of Hollywood’s next big series and could put Pinder into a long string of successful roles that would solidify him as a top-tier actor. The success doesn’t stop there, as Pinder has also landed himself roles in the upcoming productions The Fallen and Lincoln Road.

From a city with no opportunities to landing massive roles as an actor, Pinder’s drive to become a great actor led him in the right direction. Pinder’s determination comes as an inspiration to other young aspiring actors. An example of the grit it takes to become successful in the entertainment industry, Daniel Pinder will likely become a name and face projected across theatre screens across North America.

You can find Daniel Pinder online below:

Information provided by Lostboy Entertainment, representing and managing a talented group of artists and entrepreneurs

Latest posts by GlobeNewswire (see all)
2020-08-05
GlobeNewswire
Previous: The Fed: Fed’s Mester says labor market is even weaker than data suggests
Next: Liquidia to Present at the 2020 Wedbush PacGrow Healthcare Virtual Conference