Boston, MA, Nov. 17, 2022 (GLOBE NEWSWIRE) — BitBrawl has entered the ring to become the number one PvP fighting game in blockchain with a cross-chain focus that extends to Ethereum, Binance, NEAR Protocol and Solana. BitBrawl is a 2D player-vs-player fighting game in which players compete against other brawlers in competitive matches and tournaments. Gamers battle in a “super smash brothers”-style experience and compete across various game modes with 10,000 NFT brawlers or NFT skins from their favourite games. 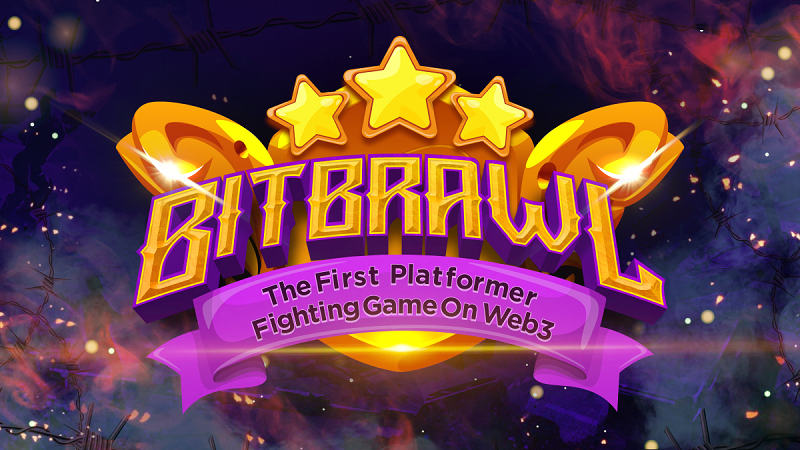 It is one of the first platformer fighting games in Web3 that carries the unique ability to utilize NFTs from other games and blockchains as characters in its own game, aiming to host NFTs across Solana, Ethereum, BSC Chain, and more.

More than 40 projects on various chains are already partnered and committed to working with the BitBrawl team to incorporate their own NFT character skins in the game. To achieve this, players simply need to own a BitBrawl NFT brawler and hold the partnered project’s NFT in the same crypto wallet.

This raft of partnerships is a real statement of intent that opens up enormous potential for more cross-game metaverse opportunities and inter-chain collaborations. Yet the scope of the development team goes beyond just being truly cross-chain, which is a significant feat in itself.

Behind the magic being created is iLogos, a leading independent game production company in Europe providing first-class game production and co-production services since 2006. Counting 458 projects on their resume and having worked with both indies and giants like Sony, EA, and Warner Brothers, iLogos is the perfect partner to help realize the vision of BitBrawl – to merge traditional with blockchain gaming and create something epic, valuable, and worth replaying over and over again.

BitBrawl’s mission is to create a fun 2D PvP fighting game that caters to anybody’s skill level regardless of their goals coming into it and that also rewards skilled players, without leaving the kind of empty promises seen in other titles after the use of terms such as “play-to-earn” and “passive income”.

In order to achieve this, BitBrawl is focused on creating:

There are three game modes – Casual, Ranked, and Tournament – to ensure that everybody can play for fun or choose whether to increase the stakes and compete to earn.

The first mode is free to play online against other players, and winnings can be used to buy cosmetic items or visual upgrades for your fighters. No assets or NFTs are needed to play. Ranked mode ups the ante with Compete-to-Earn, meaning players stake $BRAWL tokens in a PvP scenario where the winner takes all.

Tournament mode is there for serious eSports gamers with weekly and monthly tournaments that carry cash prizes. BitBrawl coined the term “Compete-to-Earn”, especially for this game mode. Players do not need to stake $BRAWL tokens but earn cash prizes for winning these special tournaments.

In addition to gameplay, BitBrawl’s 10,000 brawlers come from four different regions, each fighting for glory. These are Nedunia, Ghule Islands, The Dynasty, and The Underground. Each region has their own unique skill set and attacks, along with their own universes and leaders. These differences do not provide any competitive advantage to any region, but they certainly add a unique and interesting fantasy backstory to all of the characters in the game.

An Eye-Catching Game to Behold

BitBrawl is one of the most highly anticipated games on the market after a highly successful NFT sale in December last year as 10,000 NFT fighters sold out in just nine minutes, raising $2 million. Those funds have since been deployed to supercharge development work, resulting in the full game being released on November 8th, 2022.

The full game is live now and available on both browser and mobile here.

Also working in BitBrawl’s favor is the team’s incorporation of some of the biggest VCs and gaming guilds on the blockchain to back their token and project.

By gaining these partnerships, BitBrawl has ensured their most competitive gamers a significant player base, competition for actual value, and for token holders who may not have as much time to play, a realistic passive income.

BitBrawl is set to IDO in Q1 2023. Follow the project’s official channels to keep in touch with the latest news and download the full game to experience it yourself on the browser or mobile today.