These vehicles are still on the moon today inspiring today’s future workforce. 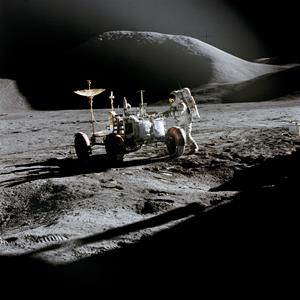 A Boeing Lunar Rover conducts its historic mission on the moon.

Seattle, Washington, Oct. 23, 2020 (GLOBE NEWSWIRE) — Seattle, Wash. – October 23, 2020 – Today, Greater Seattle Partners, the city of Kent and the Kent Downtown Partnership in King County, Wash. announced the historic landmark designation for the Lunar Roving Vehicles built at the Boeing Space Center and used in Apollo Missions 15, 16 and 17 in 1971 and 1972. These Lunar Rovers were the first “moon buggies” to allow humans to explore more of the Moon’s surface.

A virtual public hearing in front of the Washington State Advisory Council on Historic Preservation took place this Friday, October 23, 2 p.m. PST via Zoom. Washington became the third state in the country, behind California and New Mexico, to list lunar objects in its historic register.

“Kent Valley is rooted in rich aerospace history due to Boeing’s early presence and a world-class, specialized workforce that continues to develop innovative technology,” said Michael Lombardi, historian, Boeing. “This region’s impact on space exploration has global significance, and we’re pleased to honor the achievements of these Lunar Roving Vehicles and their brilliant engineers.”

This year marks the 51st anniversary of Boeing winning the NASA contract to develop these Lunar Roving Vehicles. In an engineering feat, Boeing built these vehicles in only 17 months for six astronauts to safely explore the Moon’s landscape. The most successful missions to the Moon were made possible through the Lunar Roving Vehicles.

“This was an historic opportunity to highlight a world-class innovation from Kent. These vehicles are still on the moon today; this recognition will share a piece of Kent with the region, state and even the world,” said Kent Mayor Dana Ralph.

Having the Lunar Rovers listed on our state’s register of historic places is a way to not only profile our region’s role in NASA’s historic Apollo Program, but also its continuing role in space exploration to inspire today’s future workforce. These historic contributions paved the way for future space exploration and technology.

Ranked number two in the nation for aerospace engineers, the Greater Seattle region has long been at the forefront of the space industry with market segments in Spacecraft & Launch Vehicles – Propulsion Systems & Fuels – Navigation & Control – and Computer Hardware, Software & Robotics. Today, there are more than 90 space-specific companies in greater Seattle including:

A detailed report of Washington’s Space Economy can be found here: https://www.psrc.org/sites/default/files/the_washington_state_space_economy-nov2018.pdf

Greater Seattle Partners collaborates with community and economic development partners to ensure that every person in the Puget Sound region has the opportunity to prosper. We strive to attract quality family/living wage jobs and sustain jobs across all income levels in all parts of the region. Throughout the world we tell the story of our talent, pioneering spirit, unique communities, and quality of life. More information can be found at https://greater-seattle.com.

Mobilizing Across Borders: Briefing for Hurricane Relief in Central America