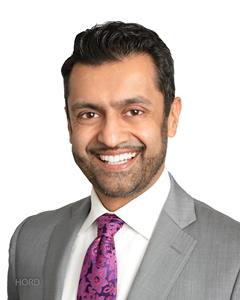 “Mutjaba is an outstanding leader and clinician who is deeply committed to providing the highest quality care to our patients,” said HCA Gulf Coast Division President Troy Villarreal. “His remarkable understanding of how leveraging technology advances quality, compassionate care and a solid operational record made Mujtaba the right person for this critical role.”

In these roles, Ali-Khan was instrumental in the development of DASH (Direct Admit System for Hospitals), a software solution that re-imagined the patient direct admission process, for which he obtained a patent. The software has since been adopted by hundreds of medical facilities.

“Setting a new standard for Clinical Excellence in 2020 and beyond requires a unique marriage of technology and care,” says Ali-Khan. “Advancement in machine learning and emerging technologies are truly bringing life-changing care to our patients.”

After earning a bachelor’s degree in medical science from the University of Maryland, Ali-Khan completed his doctorate in osteopathic medicine training at NOVA Southeastern College of Osteopathic Medicine in Florida, followed by an internal medicine residency at the University of Miami–Jackson Memorial Hospital.

Board certified by the American Board of Internal Medicine, Ali-Khan has served in a traditional internal medicine practice setting and as a hospitalist, also earning the distinction of serving as a National Health Service Corps scholar.

2020-01-21
GlobeNewswire
Previous: L Brands upgraded on heightened potential for a Victoria’s Secret transaction
Next: Intel gets an upgrade at Jefferies on hopes change is coming