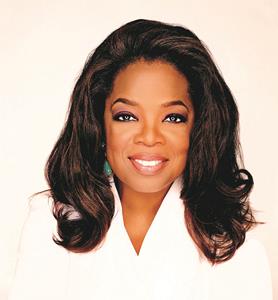 “We are elated to have Oprah Winfrey join us as we continue to honor the legacy of Dr. Angelou and celebrate 75 years of impact at UNCF,” said Dr. Michael L. Lomax, president and CEO, UNCF. “Her commitment to the next generation of leaders—especially young women of color—mirrors our efforts in closing the educational gap to ensure better futures for us all.”

Winfrey’s influence spans around the globe. For 25 years, she hosted the award-winning talk show The Oprah Winfrey Show, and currently inspires through O, The Oprah Magazine, OWN: Oprah Winfrey Network, film projects and executive producing through Harpo Films including the Emmy nominated series “When They See Us” from creator Ava DuVernay, and An Oprah Book imprint including her most recent New York Times bestseller “The Path Made Clear.”

Winfrey has a history of paying it forward. In 2007, Winfrey established the Oprah Winfrey Leadership Academy for Girls in South Africa to provide education for academically gifted girls from disadvantaged backgrounds. Graduates of the school have continued on to higher education both in South Africa and at colleges and universities around the world, including the Charlotte-based UNCF-member and HBCU Johnson C. Smith University.

In 1989, she established the Oprah Winfrey Endowed Scholarship Fund at UNCF-member institution and HBCU Morehouse College, where her total gift stands at $12 million. She’s also given substantial donations to Spelman College and her alma mater Tennessee State University.

Additionally, Winfrey is a founding donor of the Smithsonian’s National Museum of African American History and Culture. In 2013, Winfrey was awarded the Medal of Freedom, the nation’s highest civilian honor. In 2018, she was honored with the Cecil B deMille Award by the Hollywood Foreign Press Association.

“Oprah Winfrey inspires us to live a purposeful life,” said Tiffany Jones, area development director, UNCF. “As the Charlotte community comes together to raise a half a million dollars to send students to and through college, we are guaranteed an electrifying day for a great cause—education.”

UNCF named the annual luncheon after one of the most influential women of our time, Dr. Maya Angelou. As a civil rights activist, educator and a strong advocate for women around the world, Angelou believed that every student deserved the opportunity to go to college.  It is because of her positive image and vested interest in UNCF, that she was chosen to be the face of the Women Who lead luncheon.

UNCF (United Negro College Fund) is the nation’s largest and most effective minority education organization. To serve youth, the community and the nation, UNCF supports students’ education and development through scholarships and other programs, strengthens its 37 member colleges and universities, and advocates for the importance of minority education and college readiness. UNCF institutions and other historically black colleges and universities are highly effective, awarding nearly 20 percent of African American baccalaureate degrees. UNCF awards more than $100 million in scholarships annually and administers more than 400 programs, including scholarship, internship and fellowship, mentoring, summer enrichment, and curriculum and faculty development programs. Its logo features the UNCF torch of leadership in education and its widely recognized motto, “A mind is a terrible thing to waste, but a wonderful thing to invest in.”® Today, UNCF supports more than 60,000 students at more than 1,100 colleges and universities. Learn more at UNCF.org or for continuous news and updates, follow UNCF on Twitter @UNCF.

Latest posts by GlobeNewswire (see all)
2019-08-14
GlobeNewswire
Previous: This 29-year-old just boosted her salary by $22,000 — here’s how she did it
Next: Pound US Dollar Exchange Rate News: GBP/USD Firms On Robust UK Inflation Figures