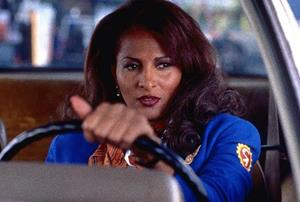 LOS ANGELES, Sept. 24, 2020 (GLOBE NEWSWIRE) — FanRoom Live, one of the first entertainment organization to go virtual, has announced its Fall lineup with an engaging group of stars, led by Pam Grier, Brant Daugherty and Kurt Angle.

For most of the organization’s audience, the ensuing positivity and fun from these virtual celebrity hangout events were badly needed as a message of hope that things could actually get better amid the prevailing panic and chaos. That crisis has changed everything about life as we know it and almost brought social and economic activities to a screeching halt. While COVID-19 is still here with us, it shouldn’t stop you from savoring fall fun safely, especially with the following array of scheduled fall virtual events;

Fans of the Wrestling Machine can get a one-on-one with him when he comes on the FanRoom Live platform late September. Kurt Angle is the only athlete ever to hold both an Olympic Gold medal and a WWE Championship belt. He’s had a career as one of the greatest and has sparred with some of WWE’s biggest names from Hulk Hogan to Dwayne ‘The Rock’ Johnson, Stone Cold Steve Austin, Brock Lesnar, Triple H, and Edge, among others.

The star of Pretty Little Liars will host fans on FanRoom Live in early October. The successful model and actor is friends with Julian Morris, Jenelle Parish, as well as Lucy Hale, fellow PLL actors. He’s also featured alongside Dakota Johnson on the set of Fifty Shades of Freed, and also boasts a lot of films, movies, and TV series to his name from Days of Our Lives to Army Wives, Anger Management, Dear White People, Freakish, Suspended, Timeless Love, Lost Star, A Christmas Movie Christmas, and The Starving Games, among others.

New York-born singer and songwriter, Robin Stone will meet with fans on FanRoom Live mid-October. The veteran hitmaker, better known as Robin S shot to fame in the 90s with hits like Luv 4 Luv, What I Do Best, and Show Me Love. She has landed number one spots on the Billboard Hot Dance Club charts on three occasions and put out her most recent work in 2019. Robin has been called one of ‘the godmothers of pop’ by Classic Pop Magazine. She’ll host her fans to a virtual hangout and meet ‘n’ greet come Friday, October 16.

Multi-platinum selling vocalist and dance artist, The Mad StuntMan is billed to meet with fans on the FanRoom platform late October. The Trinidadian-born American performer born Mark Quashie is famous for chart-topping singles I Like To Move It, Go On Move, and Jazz It Up, among others. He has been associated at various points with the legendary Panamanian reggae star, El General who is often referred to as the ‘father of reggaeton,’ musical artist Keith Litman, and musician Ralphie Muniz, among others.

Veteran movie icon and Hollywood star, Pam Grier is scheduled to meet fans on the FanRoom Live platform on Sunday, October 25. She’s featured in blockbuster movies such as Coffy (1973), Foxy Brown (1974), The Big Doll House (1971), and Women in Cages (1971, among others. In 2011, she played Frances in Larry Crowne, alongside Tom Hanks, Julia Roberts, Bryan Cranston, Taraji P. Henson, and Cedric The Entertainer.

It’s already a fun-packed fall for most people, with this array of events and names.

FanRoom is surmounting the challenges of social distancing in the age of the coronavirus, hosting virtual celebrity hangouts, meet ‘n’ greets and Q&A sessions to connect fans with their favorite celebrities from the comfort of their homes. By making celebrity meetings and hangouts an online experience, FanRoom is effectively eliminating the need for in-person attendance while still enabling fans to get maximum fun.

The platform is a brilliant collaboration of an actor/producer, talent agent, and celebrity event producer in response to the pandemic that almost brought the entertainment sector to a screeching halt. Actor, producer, and comedian Cedric the Entertainer, alongside, 123 Talent CEO, Mich Faulkner, and Jeff Krauss, president of event production and entertainment company IE Group, designed a new reality. FanRoom became the right option for fun-lovers to fight boredom, depression and isolation, and the other abnormalities.

Alongside Cedric, Mich, and Jeff, are Chanel Omari and Jae Benjamin Host/Co-EP and Co-Host/Co-EP, respectively. This team has pooled talents and resources together to create a solution for eager fans who want to get their absolute entertainment fix at a time when staying home and social distancing are the orders of the day.

“FanRoom is helping fans and their favorite artists and celebrities connect in ways never thought possible until now. While we’re yet to see the last of the coronavirus, we believe that nothing should get in your way of fun, happiness, and entertainment; not even staying at home,” Jeff had said. The platform easily became an instant success and have hosted popular names that include; Cedric, George Lopez, D.L. Hughley, Richard Kline, Brant Daugherty, and George Wayne, amongst others.

Perhaps you’re already thinking of adding this to your bucket list of fun fall activities? Perfect!

Well, FanRoom Live is currently selling tickets to these upcoming events available for purchase on the agency’s website at https://www.fanroomlive.com/. This year’s fall is certainly none like we’ve ever seen. But despite the year’s stream of obstacles and uncertainty, FanRoom is actively working to make staying home just as fun as hitting the town if not even more.