Posted by: GlobeNewswire in Top News 13 days ago 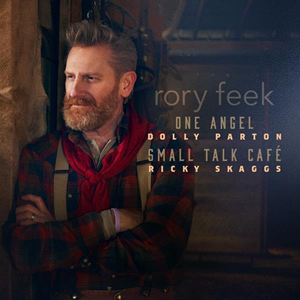 “As soon as I heard Rory was working on this album, I asked if I could contribute somehow. Rory is a true gentle man. God bless you, Rory.”
— Dolly Parton (featured on “One Angel,” a tribute to Rory’s late wife, Joey)

Rory’s “One Angel” featuring Dolly Parton is a stirring tribute to Joey penned by family friend and songwriter Sandy Emory Lawrence. Dolly was a hero to Joey, who began singing Dolly’s songs when she was just four years old. In the weeks before Joey’s passing, Dolly sent Joey a special video message of love and support.

In “Small Talk Cafe,” Rory takes a look at the “big” headlines before bringing it back to what really matters — neighbors, everyday life, and togetherness in a small town.

On June 18, the week before Father’s Day, Rory will release Gentle Man, his first solo album ever and first full-length album following the loss of his wife Joey to cancer. Set for release by Gaither Music Group, Gentle Man features 14 tracks and collaborations with friends including Trisha Yearwood, Alison Krauss, Lee Ann Womack, Vince Gill, and others.

About Rory Feek:
Feek is a New York Times bestselling author and Grammy-award winning singer and songwriter. He is most well-known as one-half of Joey+Rory, a country music duo with his late wife, Joey. The couple captured the attention of America originally when they were featured on the CMT series, Can You Duet, and captured its heart a few years later as Rory chronicled their love story, the birth of their daughter, Indiana, and Joey’s cancer battle on his blog, as well as their preparation for her passing in March 2016 at age 40. Since, he’s released a documentary, To Joey, With Love, and a memoir, This Life I Live: One Man’s Extraordinary, Ordinary Life and the Woman Who Changed It Forever (Thomas Nelson). He has three daughters and lives on a farm south of Nashville with the youngest, six-year-old Indiana, where they recently built The Hardison Mill Homestead School, a one-room schoolhouse for Indy and other local children to attend.

A photo accompanying this announcement is available at https://www.globenewswire.com/NewsRoom/AttachmentNg/c8df553e-a9d8-4a9d-9f18-deca7591773b

Latest posts by GlobeNewswire (see all)
2021-04-23
GlobeNewswire
Previous: Michigan Treasury: Forgiven PPP loans will not be taxed
Next: : Here’s where short sellers may have found ‘more fertile ground’ this year

Global fire-rated doors market size to bolster at 6.1% CAGR through 2027