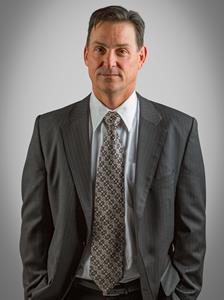 Castellani named to the John F. Kennedy Center for the Performing Arts board of trustees.

SIMPSONVILLE, S.C., Dec. 10, 2020 (GLOBE NEWSWIRE) — President Donald Trump announced this week his intent to appoint South Carolina entrepreneur and philanthropist Robert A. Castellani to the John F. Kennedy Center for the Performing Arts board of trustees. The Kennedy Center is one of the most prestigious performing arts centers in the nation, and the opportunity to serve there offers Castellani another outlet through which he can positively impact his fellow Americans.

“Through his actions, his generosity and his concern for his fellow man, Bob Castellani has exhibited the kind of characteristics and behavior that exemplify the very best of South Carolina,” McMaster said when presenting the award.

For Castellani, a U.S. Air Force veteran who served nine years as a Pararescueman, these recognitions are the result of a lifetime of service.

Castellani combined the sense of duty honed in the military with his successes as a businessman to create charitable foundations that assist wounded troops and their families, children with special needs, battered and abused women and children, and various missionary endeavors.

His most recent initiative, Silent Tears (SilentTearsSC.org) launched in 2013 to support centers that help survivors of domestic violence, child abuse and sexual assault. Since its inception, Silent Tears has provided $12 million to these centers in South Carolina, including a recent $5 million gift focused on easing the COVID-19 response cost burden.

Past Trump appointees to the Kennedy Center board include former Arkansas Gov. Mike Huckabee and Oscar-winning actor Jon Voight. Members serve six-year terms and are tasked with maintaining and administering the center.

“I am constantly humbled by the lives we have been able to positively affect, whether they are on the battlefield or trapped in abusive situations at home. An award is never for a single person – it’s for all of those who helped get us there. My gratitude for all the people who support me, hold me accountable and lift me up can’t be overstated. I appreciate them all,” Castellani said after being awarded the Order of the Palmetto.

“Bob has a calling to serve his community and country with an inspiring vigor, and we are proud of his achievement and the recognition he has received,” said Andy Goldy, COO at North American Rescue. “We are equally honored as an organization to be given the opportunity to continue this extraordinary legacy.”

A photo accompanying this announcement is available at https://www.globenewswire.com/NewsRoom/AttachmentNg/381268f7-cdcc-45af-94ce-8e7732d4b3ea