The TikTok star’s new light-hearted, fun video has a message for people who want to try vegan this January 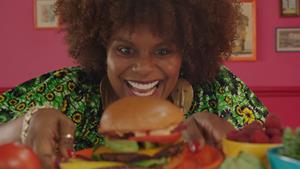 Tabitha Brown kicks off Veganuary with a vegan burger 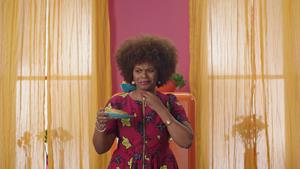 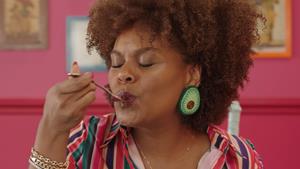 Tabitha Brown on set with Veganuary

LOS ANGELES, Dec. 29, 2020 (GLOBE NEWSWIRE) — Veganuary, the global organization encouraging people to try vegan in January and beyond, has today released a funny and light-hearted new ad featuring Tabitha Brown inviting everyone to join her in taking the month-long vegan pledge. In the short video, Tabitha – who has 4.5 million followers on TikTok and was named one of the platform’s top ten creators of 2020 – encourages people to try vegan this January, to expect that mistakes may happen along the way, and to keep going.

You can view the full video here: https://youtu.be/oJ4OSN6xIpQ

“If you ever thought about going vegan but didn’t want to do it alone, Veganuary has you covered,” Tabitha said of the campaign. “We can all try it together at the same time!”

As she counts down the days on her calendar, Tabitha showcases what a month of eating vegan can look like – from donuts, to nachos, to healthy bowls. When she is less than 24 hours away from completing her Veganuary challenge, Tabitha has an unexpected hiccup that causes her to reset the calendar and start her vegan journey over, which she happily does because “nobody’s perfect.”

The video’s message of positivity and non-judgement are key to Veganuary’s campaign, which over 1 million people have participated in since its launch in 2014. Now, Veganuary is inviting everyone to help build a better future by signing up to try vegan, noting that this new year – more than any other – is the time for positive change. More than 350,000 people have already accepted that invitation and are officially signed-up to take part in Veganuary, closing in on this year’s 500,000 target.

This video was produced in Los Angeles by Pollution.tv and directed by Asher Brown. The creative concept was developed by Zentralsüden/Zentralnorden.

About Veganuary
Veganuary is a non-profit organization that encourages people worldwide to try vegan for January and beyond. It was founded in the UK in 2014 and since then more than 1 million people have taken the 31-day plant-based pledge to help the planet, reduce animal suffering, and to benefit people, too. This New Year’s revolution has also been embraced by businesses, with more than 600 companies participating in Veganuary last year alone.

1 Reason Investors Should Have Confidence in Bitcoin