“THE BYSTRAN SCAM”: HOW STEPHEN BYSTRAN AND LAKEWARD SPIRITS BECAME SYNONYMOUS WITH A CONTRACT DISTILLING SCAM

Stephen Bystran and his family-run distillery, Lakeward Spirits in Buffalo, New York have become synonymous with a distillery scam dubbed the “Bystran Scam”, that has become an industry case study in how contract distilling can go wrong.

Aspiring new entrants in the craft distilled spirits industry are increasingly taking the path of contract distilling to launch their new spirits brands. Contract distilling is an arrangement where a brand owner contracts with an existing distillery (with underutilized distilling capacity) to produce their brand of distilled spirits. This allows the brand owner to enter the marketplace quickly and without a heavy investment in distilling infrastructure. For the distillery owner, it provides a source of revenue to capitalize on its distillery investment that sits idle. It seems like a match made in heaven. However, brand owners need to be aware of the “Bystran Scam”. 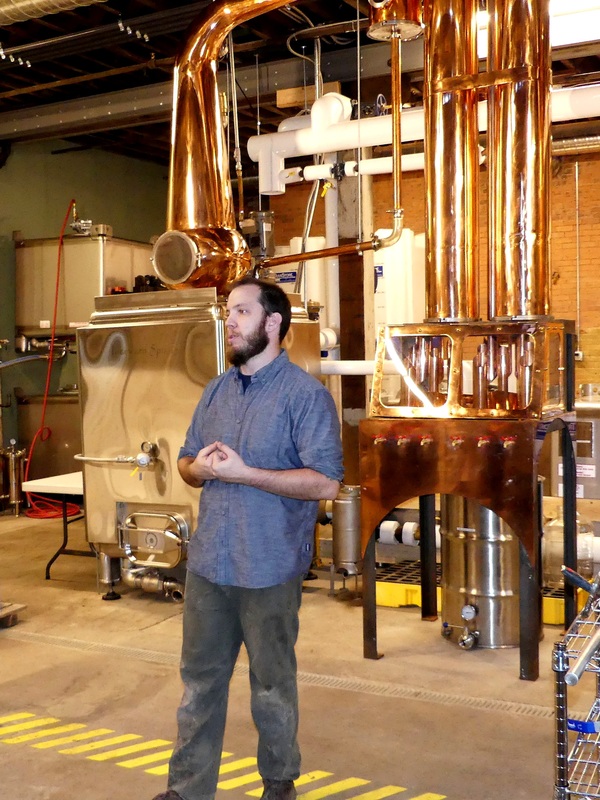 “The Bystran Scam” is a term used to describe a scheme where a distiller contracts with a brand owner, collects money for fees and sale of the spirits products and makes-off with all the proceeds, leaving the brand owner with nothing. It is named after Stephen Bystran, owner of Lakeward Spirits distillery in Buffalo, New York. Steve Bystran and his son, Adam Bystran opened a distillery in Buffalo, New York in 2016. After several failed attempts to produce and sell their own spirits brands, the father and son team set out to lure brand owners into contract distilling agreements, trying to recoup their investments in the Lakeward Spirits distillery. The Bystran family had invested approximately $3.4 Million in the Barrel Factory building that houses the Lakeward Spirits distillery in Buffalo’s old First Ward District.

What may have started out as a dream second career for Stephen Bystran, a former software salesman, turned into a desperate scam that bilked unsuspecting entrepreneurs out of hundreds of thousands of dollars.

Lakeward Spirits is the trade name for Bystran’s company, Mainspring LLC, which is owned by Stephen Bystran, his wife Andrea Bystran and son, Adam Bystran. In 2016 the family began producing a line of gin, rum and vodka. In the two years that followed, the company’s sales declined to near zero and the Bystrans were in the hole for millions. The project was doomed from the start as the son, Adam Bystran had no experience in distilling spirits and the results showed it. Undeterred by disastrous releases of it’s Wild Gin and Evergreen Gin brands, the family tried unsuccessfully to reinvent itself with a series of rum products. The problem was that Adam Bystran, who was the Head Distiller had no experience and had improperly distilled the company’s spirits products. By 2019 the sales of Lakeward Spirits products had ground to a halt.

One brand owner that contracted with the Bystrans recounts a conversation with the father and son team about their gin production where the father, Steve Bystran talks about how they botched their Wild Gin brand production at the proofing phase of distilling/manufacturing and the entire batch turned cloudy. “This was an amateur mistake that could have been avoided simply by going online to a beginners chat room about making gin”, said the brand owner. “That conversation turned-out to be just the ‘finger in the dike’ in my experience with Steve Bystran and Adam Bystran”, he added.

The brand owner goes on to describe a bizarre tale of desperation and deception as the Bystran’s pulled-off their scam and hijacked the contracted product, stole the money from the proceeds of the sale and refused to return the products, all paid for by the brand owner. “This was a case of not doing our homework”, lamented a spokesperson for the brand owner. “If we would have just pulled back the due-diligence covers a tiny bit more, we would have avoided the Bystran Scam.”

In October, 2020 an arbitrator ruled that Stephen Bystran, Mainspring LLC, Lakeward Spirits and the Bystran family had breached their contract distilling agreement and were cited as incompetent and not financially sound to enter into such an agreement or be in the distilling business. However, after a year of litigation and tens of thousands of dollars in litigation costs, the brand owner says that the Bystran Scam was a devastating setback to the business. That company has since recovered and sales of its products have soared under an agreement with another reputable distiller.

“The craft distilling business is filled with mostly honest, hard-working and very trustworthy people”, says the brand owner involved in the Bystran Scam. “We don’t want people to think this is a dirty business, it’s not. It is the Bystrans who were dirty. The Bystrans were people who made very bad decisions, got into financial difficulties, turned into con artists and preyed on trusting business partners. This is a great industry with friendly, honest and helpful people; but I would caution brand owners to learn from the Bystran Scam and learn how to avoid and protect themselves from the Steve Bystrans of the world.”

One industry insider commented, “Buffalo, New York is a model of urban and suburban revitalization, it’s really a special place. It’s also a thriving place for craft distilling while the industry is also flourishing nationwide. So, it would take a special kind of incompetence or malfeasance to fail as a distiller in this market.”

So, what advice does this brand owner have for others looking to engage in contract distilling agreements?

The Bystran Scam case study shows a lack of foresight by the brand owner in allowing so much control over their product in a contract distilling agreement. When that distiller turned out to be a con artist, things turned from bad to devastating.

A spokesperson for the company openly admits, “we are guilty of being a bit naïve and way too trusting of the Bystran family. We made a lot of mistakes. But it’s pretty clear that the Bystrans exploited our trust and their lack of ethics speaks for itself and was confirmed in the arbitrator’s ruling.”

“We hope that others can learn from the Bystran Scam, this is a great business if you do it right”, concluded the spokesperson.

Previous: The Tell: Billionaire investor: Tesla will return 5x from here, but here’s another company with just as much upside
Next: : New Zealand’s Ardern wins 2nd term in election landslide