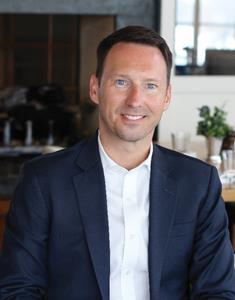 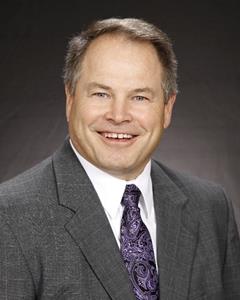 PLYMOUTH, Minn., Dec. 29, 2020 (GLOBE NEWSWIRE) — Members of Firefly Credit Union have cast their votes in approval of a merger with TruStone Financial Credit Union. The merger – proposed last spring – had previously received board and regulatory approval before advancing to a member vote. More than 11,000 ballots were cast, and the outcome was overwhelming support of the initiative known as Better Together.

Throughout the campaign, both credit unions addressed the many positive results of the merger – increased branch locations, improved products and services, and greater investments in technology. Members will begin to see signs of those changes as early as January, but full integration is not planned until March of 2021. For now, members are being advised to conduct business just as they did prior to the vote. Any changes to accounts and services will be directly communicated well in advance of the March integration.

The combined credit union will operate under the TruStone name. It will grow to $3.4 billion in assets and will serve nearly 200,000 members in the Minneapolis/St. Paul community, the St. Cloud area and Milwaukee, Wisconsin area.

“We share our members’ excitement for this truly collaborative merger,” said Dale Turner, Firefly President/CEO and President/CEO of the future organization. “We’re taking the best of two outstanding institutions and making it even better for our members.”

Retiring TruStone CEO Tim Bosiacki agrees. “From the beginning, this has been a mission focused on our members – giving them better products, more branches, and increased value. It is tremendous to see that mission realized.”

TruStone Financial Credit Union is now the second-largest financial cooperative in Minnesota, and among the top 100 in the nation. The merger is one of the largest of its kind in the credit union industry, and was recently hailed by GonzoBanker.com as 2020’s “Credit Union Merger of the Year.”

TruStone Financial is a full-service credit union that has worked to improve the financial well-being of its neighbors for more than 80 years. Having been founded as a teachers’ credit union, one of TruStone’s core values is education. It strives to teach its members healthy financial habits, and its mission is to offer simple, convenient tools and great rates to help them reach their goals. It has 14 branches across Minnesota and Wisconsin and is Minnesota’s third largest credit union, with assets of $1.85 billion as of November 30, 2020. They serve about 110,000 members and employ approximately 330 team members. TruStone was named one of the 50 top-performing U.S. Credit Unions in 2019 by S&P Global Market Intelligence and a Best-In-State credit union by Forbes magazine in 2020.

Firefly Credit Union is Minnesota’s first member-owned, not-for-profit financial cooperative, founded in 1925 by Minneapolis postal employees. Today, Firefly serves members in the Greater Twin Cities CommunitySM by fulfilling their mission to inspire members to achieve lifelong financial well-being. Firefly has 9 branches in the Twin Cities with assets of $1.59 billion as of November 30, 2020. They serve about 85,000 members and employ approximately 270 team members. Firefly earned the Best-In-State Credit Union designation by Forbes Magazine and the Star Tribune’s Top Workplaces designation in 2019.

Photos accompanying this announcement are available at
https://www.globenewswire.com/NewsRoom/AttachmentNg/e12890b9-80e0-436c-b1fa-6cf4903ed0bd

NZD/USD climbs back closer to 0.6400 mark, multi-month high ahead of US NFP report