AUD/USD climbed to the highest in almost two months after the Chinese economy grew more than expected in the first quarter. The economy expended 6.4% from a year earlier, beating economists’ forecasts of a 6.3% increase and equaling the growth seen in Q4 2018. On a quarterly basis, growth matched estimates of a 1.4% gain.

Other data released simultaneously also came in better than forecast, with March retail sales gaining 8.7% from a year earlier and industrial production rising 8.5% y/y. Expectations were for +8.4% and +5.9%, respectively.

The better-than-expected numbers saw a pickup in risk appetite, with the Aussie rising across the board and equities advancing further. AUD/USD traded above the 200-day moving average at 0.7195 for the first time in 13 months. The NAS100 index edged up to 7,685, ever closer to its record high of 7,702 hit last October. The exception to the bullish mode were China and Hong Kong indices, which both slipped in to the red. Gold held steady at 1,277.

Inflation in New Zealand fell to its lowest level in three quarters in the first three months of this year. CPI rose 1.5% y/y, less than the 1.7% rate economists had expected and a marked slowdown from the 1.9% pace seen in Q4 2018.

The New Zealand dollar tumbled to its lowest level since January 3 versus the US dollar and the lowest since February 13 versus the Japanese yen. NZD/USD has broken below the 61.8% Fibonacci retracement of the January-February rally at 0.6717 and now has sights set on the 78.6% retracement of the same move at 0.6656. The 55-day moving average looks poised to cross below the 100-day moving average by the end of this week. That would be the first time since December 4.

Euro-zone consumer prices are expected to spike higher to +1.0% m/m in March, the highest in a year while UK prices are forecast to rise 2.0% y/y, the second monthly uptick in a row after five months of slowing inflation. UK retail sales are forecast to slow to +0.2% m/m from +0.7% in February.

Over in North America, the US trade deficit is seen widening to $53.7 billion in February following a $51.1 billion deficit the previous month. Canada’s trade balance is expected to come in at –C$3.50 billion from –C$4.25 billion in January. Inflation in Canada is expected to increase to +1.9% y/y in March from +1.5% in February. That would be the highest in three months and the second monthly increase in a row.

The full MarketPulse economic calendar can be viewed at https://www.marketpulse.com/economic-events/ 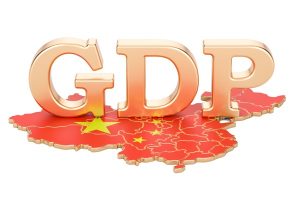