Water shortages that continue to plague California are increasingly affecting the number of acres devoted to growing our food.

SACRAMENTO, Calif., May 16, 2022 (GLOBE NEWSWIRE) — Water shortages that continue to plague California are increasingly affecting the number of acres devoted to growing much of the nation’s fresh food, according to the California Farm Water Coalition. Farmers are making tough choices on which crops to grow and how much to plant in the face of crushing water supply cuts.

“New estimates are emerging on the number of acres without enough water to grow food and it doesn’t look good,” said Mike Wade, executive director of the California Farm Water Coalition. “We believe the state could see as much as 691,000 acres taken out of production this year, a 75 percent increase over last year and 151,000 acres more than the previous high in 2015.”

Critical for consumers are the crops that won’t make it to the grocery store because of insufficient water supplies. Fresh fruits and vegetables, along with strawberries, citrus, peaches, broccoli, rice, and tomatoes for things like pizza sauce and salsa, are among the crops impacted when farm water supplies are cut off. It’s estimated that up to 40 percent of California’s irrigated cropland will receive little or no surface water this year.

“When people talk about taking millions of acres of California farmland out of production, those are just numbers. To put that into perspective, every acre that is left unplanted because of a lack of irrigation water, it is the equivalent of 50,000 salads that will not be available to consumers,” said Bill Diedrich, president of the California Farm Water Coalition.

In addition to less food in our grocery stores, it’s expected that the number of job losses on the state’s farms will approach 25,000 with an economic hit to the State of about $3.4 billion.

Data from the United States Department of Food and Agriculture show that 80% of U.S.-produced fruits, nuts and vegetables are grown West of the Rockies.

“It is not an accident that so much of our food supply comes from the West and in particular, California,” said Diedrich. “California’s climate is unique and not replicated in any other state. Most other states have more significant weather extremes, higher altitudes, oppressive humidity, and in some cases, too much water.

“California has failed to adapt to changing weather patterns. Because more of our precipitation now comes in the form of rain, instead of snow, we need to build both small and large storage projects to capture the water when Mother Nature delivers it.

“Both the federal and state government have allocated money for water infrastructure, but it moves too slowly. A clear example is Sites Reservoir which was specifically designed to capture rainfall from extreme events. If it was in place now, 2022 would not look so bleak.

“In addition to lack of storage, our water policy has also failed to adapt and remains mired in outdated science and cumbersome bureaucracy.

“We are not asking people to choose between a domestic food supply and a clean environment. We need both and that is achievable if we make the necessary adjustments.

“Immediate action is necessary because by the time the grocery shelves are empty it will be too late.” 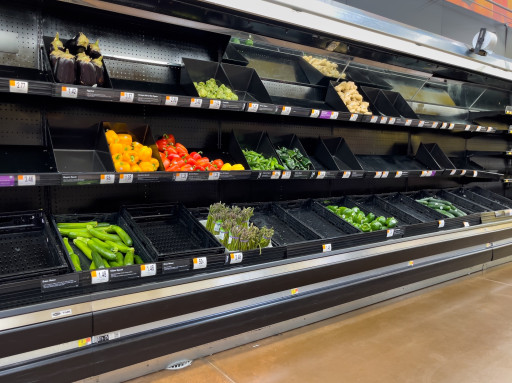 Fresh produce could be limited and higher prices are possible when farms don’t have the water needed to grow our food.

North America Roasted Grain Ingredients Market is set to reach US$ 5.85 Bn by the end of 2032 – Persistence Market Research